Experience a classic gameplay in Ultra Burn, the 3×3, 5 lines video slot. A strong paytable and fast gameplay make it feel like mechanical machines of yore. 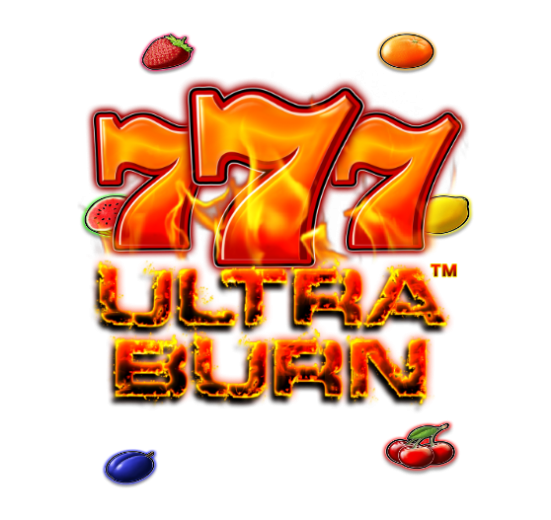 Spin the burning reels in Ultra Burn, another hot slot Pragmatic Play and Reel Kingdom collaborated on and you are in for a potential of up to 500x your stake. With gigantic symbols and a highly recognizable appearance, the Ultra Burn slot puts a different shade on the saying “if you play with fire, you will get burned”. In this case, the saying should be “if you play with the fire in Ultra Burn, you will get massive, blazing wins”.

Ultra Burn is a classical-looking slot that can award you with up to 500x your stake. It also reminds us of Hot to Burn, another slot with flambeed background and Lucky 7 Symbols. This slot’s main assets are a medium volatility and a 96.62% RTP.

Reel Kingdom is a recently established studio that was founded by a team of veterans in the gaming industry, having more than 100 years of combined experience. They were instrumental in designing some of the most popular land-based game titles and worked with the UK and Europe’s class-leading Casino and AWP manufacturers. Reel Kingdom now invests the team’s collective knowledge in a portfolio exclusively offered through Pragmatic Play.

The new game marks the second collaboration with Reel Kingdom after the release of Hot to Burn in May, which enjoyed great success in the UK and Eastern European markets. Ultra Burn is a classic 3×3 slot, set on a flaming backdrop as the traditional fruity symbols such as BARs, Lucky7s and Cherries hit the reels. Replicating a land-based machine slot, the title has five paylines and offers a fast and fiery gameplay, with a maximum win of 500x a player’s stake.

Ultra Burn is a 3×5, vintage-looking slot with a huge win of up to 500x your stake. This blazing slot sets the reels on fire with an RTP of 96.62% and a medium volatility. Ultra Burn needs no more than 5 paylines to reward you with the biggest jackpot of this slot.

There is no Scatter Symbol in this ultra-awarding slot, but with such a fruitful paytable and a medium volatility, we believe you are all set to win the hot prize of up to 500x your bet.

The Ultra Burn slot is the typical example of “what you see is what you get” slot. The symbols and the paylines do all the work here. There are both high paying symbols and low paying ones: the Lucky 7, Star and the BAR Symbols are the hottest ones – they can reward you with up to 100x your bet if you land three Lucky 7 Symbols on the screen.

Land a screen-full of Lucky 7 Symbols and trigger the massive jackpot of this game. A winning of up to 500x your bet will be added in your credit.

You can play this ultra-fiery slot with a starting bet of just €0.05. The maximum total bet you can place in the Ultra Burn slot is up to €250. You can change your betting settings as you please – from the coin value to the total bet. The minimum coin value you can play with is €0.01 while the maximum can go up to €5.

The game also gives you the option to select how much you want to bet per line. You can choose the number of coins per line from 1 to 10. Last, but not least, the total bet can be adjusted from €0.05 to €250, for those who have money to burn.

Ultra Burn awards a maximum prize of up to 500 times your bet. All you have to do is align 9 Lucky 7 Symbols on the reel. It is as simple as that.

The word that this slot revolves around is fire. The symbol catch fire when they land in a winning combination and the background is made up of tall flames that seem ready to take over the screen. A familiar sound of reels spinning accompanies you throughout the game. Land a winning combination and a heavy noise fills your ears, like a huge gate that has just opened. Maybe it is the gate to the Big Wins Chamber. There is only one way to find out: play this game and see for yourself.

Massive symbols, huge winnings and a standard gameplay – this is how the Ultra Burn slot would be described in a nutshell. Keep your eyes on the Lucky 7 Symbol because it is the only one that can trigger the 500x your stake jackpot. Don’t belittle the other symbols though. The fruity symbols, the Golden Star and the BAR symbols can all reward you with considerable prizes. Play this new slot game and go for the burn! 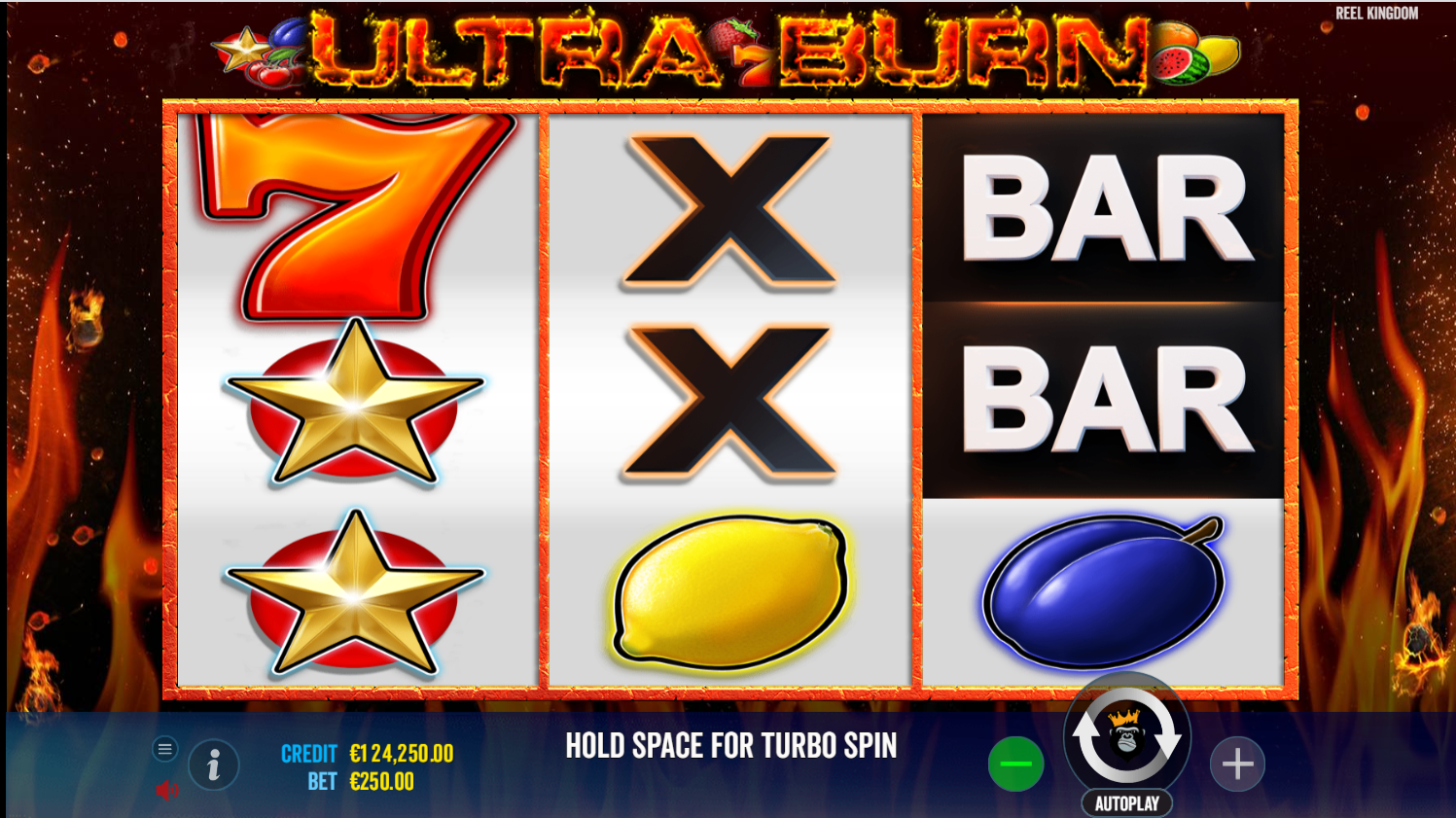 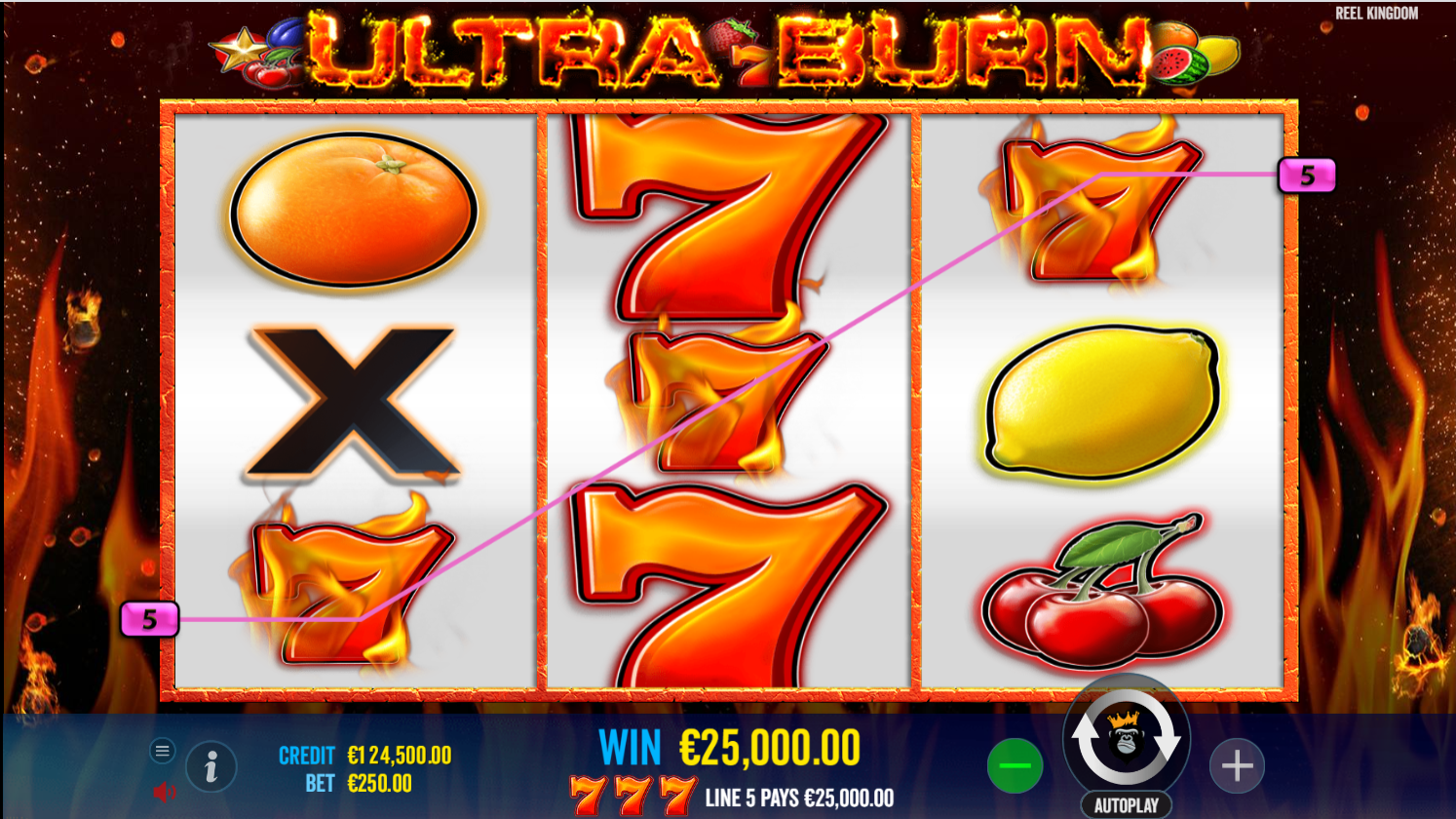 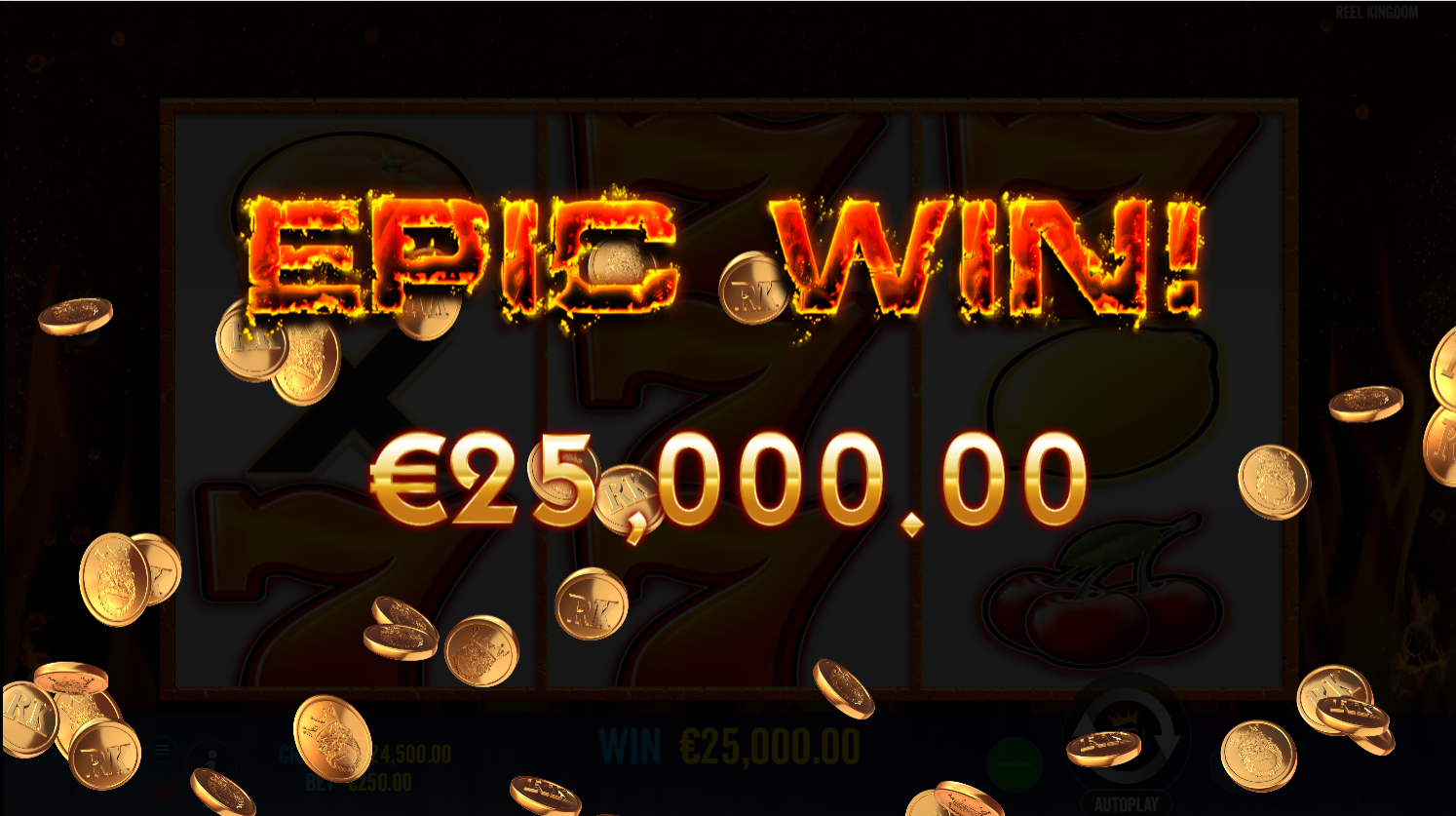