The quest for the legendary Phoenix has begun in Phoenix Forge™, the 20-payline videoslot played across a 3×5 grid. It’s time to rise like the Phoenix that hits as the Bonus symbol, triggering the Free Spins for at least three on the screen. The Hot Spot Multiplier feature is active both in the base game and in the Free Spine mode, marking the cells where the winning symbols landed and increasing the multiplier with every tumble.

RTP
96.51%
Max Multiplier
5000x
Reels x Rows
5 x 3
Lines
20
Release Date
May 13, 2021
Upcoming Tournament
The tournament with this game starts soon! Join it for free and have a chance of winning real cash prizes!
See More Tournaments
Socialtournaments.com is a free to play social casino designed to let players try our games before they decide to play for real money wagers with licensed B2C operators. Players are not eligible to play where free play games with prizes are prohibited. Socialtournaments.com is unlicensed.
Golden Ticket 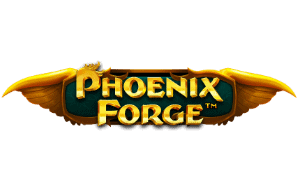 The mythical creature lands colossal prizes of up to 5,000x the stake as it rises from its ashes, becoming yet again the majestic bird we all know and love. With a Hot Spot Multiplier, which adds an increasing multiplier to the cells where wins have previously formed, and a Free Spins mode, during which the spot multipliers stay on the reels until the end of the round, this online slot adds a bit of ancient magic to the gameplay!

The Phoenix Forge slot is played on a 5×3 grid where 20 paylines are active. The RTP stays at 96.51% throughout the entire game session, while the volatility is set as high. The symbols are represented by glittering engraved gems divided into two categories: high-paying and low-paying.

The Phoenix is part of the paytable, hitting as a Bonus Symbol that can award 20x, 5x, or 3x the bet for 5, 4, or 3 symbols on the reels. The Bonus Symbol can also unlock the Free Spins, letting you inside a world of multipliers and free rounds.

The Wild will catch your attention as it looks like a golden egg, covered with small facets that remind us of a disco ball. This fancy-looking symbol lands only on reels 2, 3 and 4, and can replace all the other ones but the Bonus.

Phoenix Forge comes with popular features, and new ones, like the Hot Spot Multiplier. This way, on one hand, we have the familiar element that makes you feel at home and, on the other, the fresh one, which spices up the gameplay.

The Tumble Feature has been part of some of our most popular games, such as Buffalo King Megaways, Power of Thor Megaways or, the now-famous Sweet Bonanza, for quite some time now, so we think it needs no introduction. However, if this is the first time you come across a Pragmatic Play game, let us help you decipher this round. The Tumble Feature runs throughout the entire gameplay, linking all the features and wins. This is how it works: after a win, the symbols part of the winning combination vanish from the screen, causing the fall of the remaining ones to the bottom of the screen. Thus, new symbols glide from above the reels, filling the empty cells. The tumbling sessions continue until there is no win as a result of a tumble.

The Hot Spot Multiplier awards you for forming winning combos inside the same cells. In other words, the cells inside which you built a combo are marked with a multiplier of 1x. Each time you form a new winning combo in those cells, the multiplier increases by 1x. Thus, the game applies the sum of all multipliers involved to the total win.

This round is triggered with at least three Bonus Symbols on the screen. Also, the game awards more Free Games for activating the feature with up to five Bonus Symbols:

The Hot Spot Multiplier is active during this feature too, but with a small twist. The positions where paylines have been formed are marked, just like in the base game. However, this time, the multipliers stay on the reels until the end of the round, increasing with every tumble resulting from a Free Spin. Five more Free Spins can be added with at least three Bonus Symbols on the grid.

The Phoenix is a generous bird, so he lets you join the quest from as little as €0.20. However, you get the chance to adjust your stake according to your preferences. For example, you can select the coin’s value from the predefined available set or the number of coins per line from 1 to 10. Thus, the maximum bet available in the Phoenix Forge slot reaches €100.

The top award offered by our mythological bird is 5,000x the bet. If you manage to hit it during the Free Spins, the game will award the prize and forfeit all the remaining free games, if any.

A room full of piles of glittering gold and treasure chests is the backdrop of this videoslot. However, no gem or gold coin shines brighter than the game’s logo set at the top of the reels. A light blue halo rounds it, filling the room with never-dying sparkles. Just like a phoenix.

An adventure-begins kind of soundtrack follows you in your search of the Phoenix bird and its magical powers (and wins).

The Phoenix Forge slot mixes well-known key elements that fire up the gameplay, such as the tumble feature and the Free Spins mode, with new ones that aim to jazz up the gaming session even more. In this context, the Hot Pot Multiplier is the newly added feature that can make your balance reborn from its ashes.

Follow the Phoenix and trust it will take you to the humongous treasure of up to 5,000x the stake! 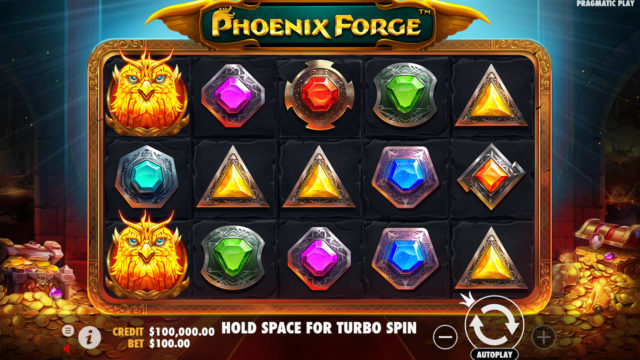 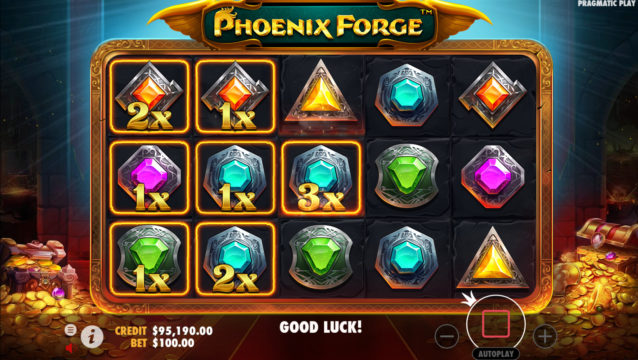 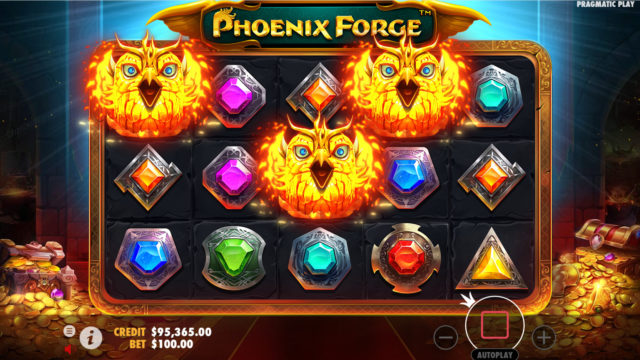 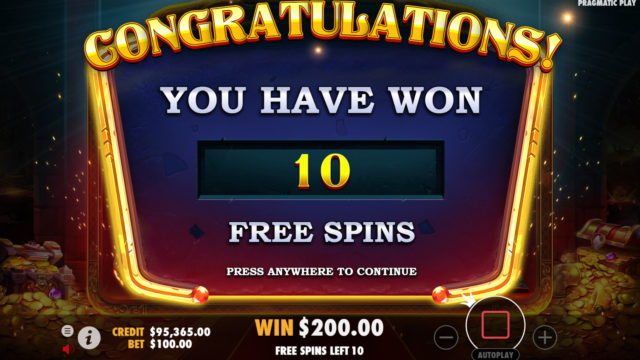 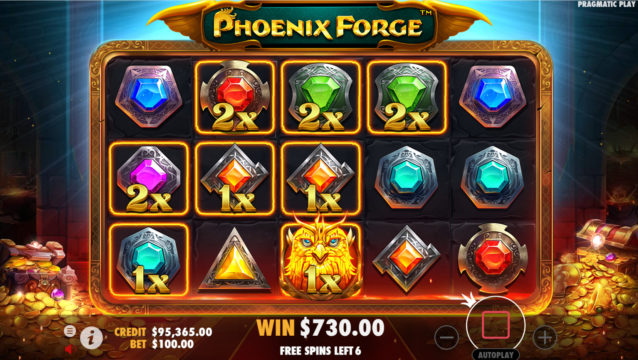 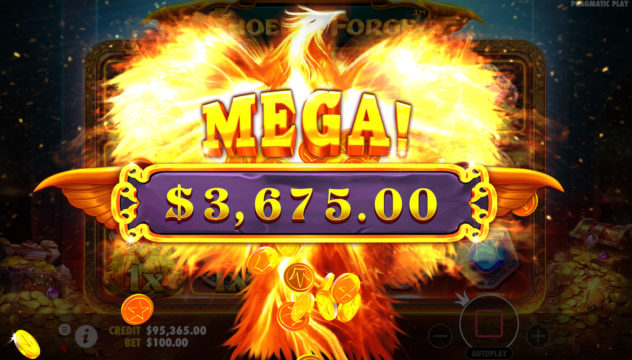 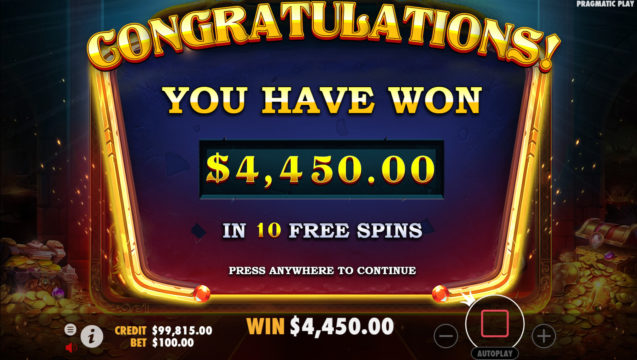