Welcome to the sparkling world of huge wins in Joker King™, the 25-payline videoslot where, each time a Wild hits, the Joker selects a random symbol and transforms it into Wild. The other trick up the Joker’s sleeve is the Scatter symbol, which comes with a multiplier of up to 25x. Let the show go on in the Free Spins mode and play up to 20 Free Spins with multipliers and the Wild Symbols feature active. 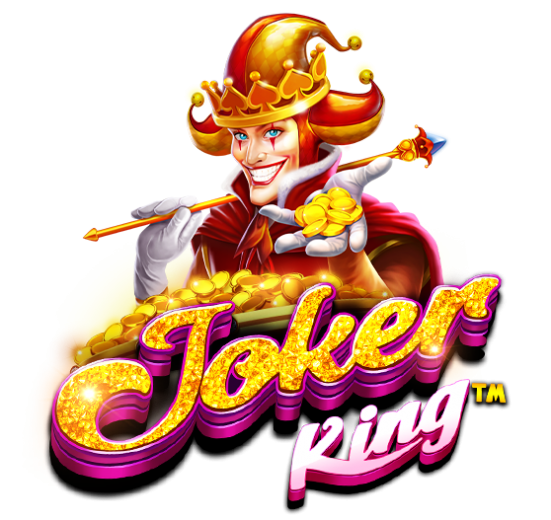 The glittering stars, the Lucky Seven, the fruity symbols, and, of course, the Joker are back in another thrilling online slot from Pragmatic Play. This Joker shows us that he truly is the King of Tricks for he can randomly choose one symbol from the grid and turn it into Wild both in the base game and during the Free Spins. There are tricks in every trade, my friend!

The Joker King slot takes place across six reels and four rows, offering 25 paylines for you to land shining combinations on. The volatility is rated as high, while the RTP is 96.5%. The symbols pay from the leftmost reel, on adjacent positions.

The Wild Symbol is a jester-looking Joker wearing clown-inspired makeup and a thematic hat with bells. This symbol can replace all the others, but the Scatter, and can hit on all reels. The trick our Joker will amaze you with is the replacement feature. When a Wild lands on the screen, a random symbol is chosen to be replaced with a Wild, offering you more chances to create winning combinations. The Wild Symbol also awards a small prize of up to 5x the bet for six on a payline.

The Scatter Symbol is represented by a luxurious crown adorned with shining diamonds. The Scatter can appear on all reels, and every time it lands, it comes with a random multiplier of 2x, 3x, 5x, 10x, or 25x that applies to the win of the spin. If you land more than one Scatter, the values of all multipliers are added, and the total amount is awarded. This symbol can also pay 1x the bet for at least three on the screen. That’s what we call a super-symbol!

The Joker’s bag of tricks is full of surprises! Trigger the Free Spins feature and multiply your prizes with every Wild and Scatter that hit the screen.

Activate this bonus round with at least 3 Scatter Symbols on the reels. The game awards a specific number of Free Games based on the number of Scatters that triggered the feature:

Welcome to the Free Spins Feature! The first rule of the Joker’s bonus round is: bring Wilds on the grid to replace random symbols. This way, you can create more delicious paylines. The second rule is: the Scatters are the key to multiplying your prizes. They come with random multipliers that apply to the total win of the spin.

Retrigger this round with three or more Scatters on the screen. For three Scatter Symbols, the game awards eight Free Games, while if you bring four Scatters, you will be playing ten extra Free Spins. 5 Scatter Symbols come with 15 new Free Spins and for six Scatters, the game offers no less than 20 Free Games. There is no limit to the number of times you can reactivate the bonus feature.

The Joker lets all kinds of players take part in his show. To watch his act on any device, you need to place a minimum bet of €0.25, while the maximum one can go as high as €125. You can change the amount you bet per line through coins and denomination. Thus, the maximum number of coins per line is 10, while the denomination can take any value from the predefined set up to €0.50.

The maximum payout this videoslot has to offer is 5000x the bet. If this amount is reached in the Free Spins, the bonus round ends immediately, and all remaining free spins are lost.

The reels are set on a golden stage, with a huge pot full of coins on the top. The Joker is standing on the right side of the screen, bobbing around as he watches the wins entering your pockets. When a Wild Symbol lands, the coins from his hand transform into the symbols that will be replaced with Wilds. The Joker chooses these symbols carefully, making sure you can form as many winning combos as possible.

The jolly soundtrack might sound familiar from other fruity titles, such as Master Joker or Super Joker. The music picks up during the Free Spins mode, giving the entire slot a vibrant note.

The Joker King slot comes with many surprises you might not expect from a fruity title. The Wild can land on all reels, and when it does, it can also replace another symbol, increasing your chances to win big. The Scatter is another crucial symbol. It can not only trigger the Free Games but also apply a random multiplier of up to 25x to the total win of the spin.

If you are eager to play Joker King for free, check out Social Tournaments, an online platform where you can win real money prizes. You can register for free and play their slots tournaments based on Pragmatic Play’s games anytime you want. 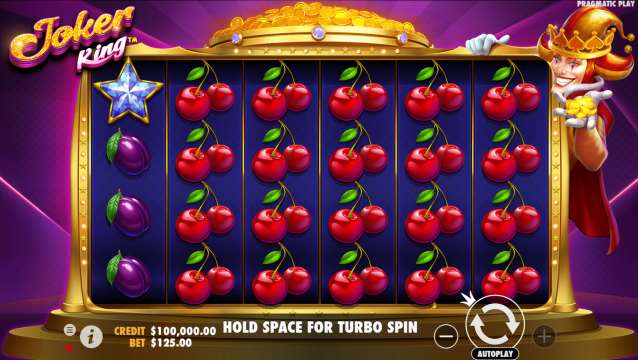 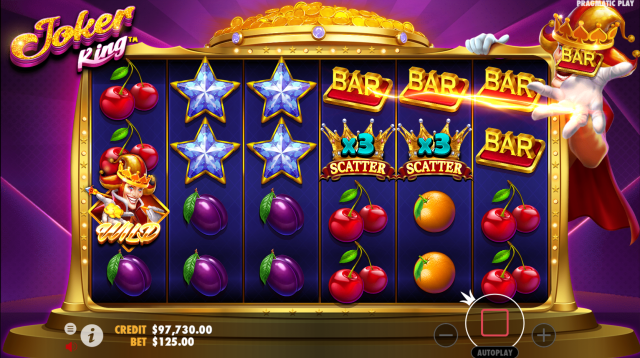 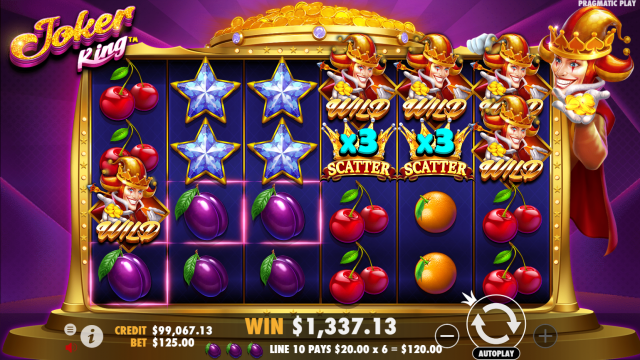 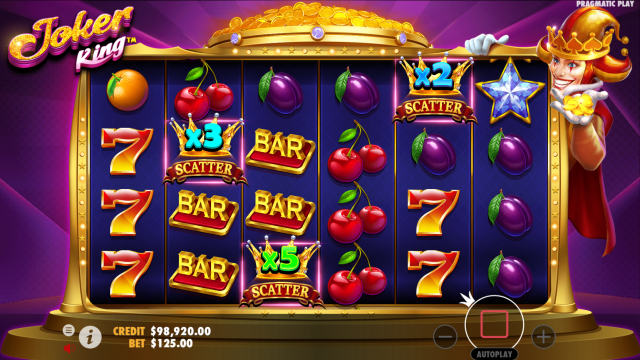 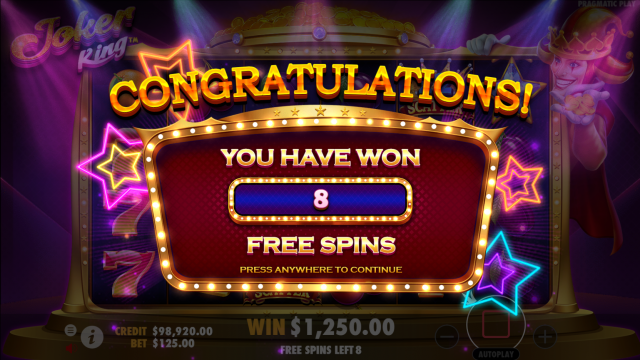 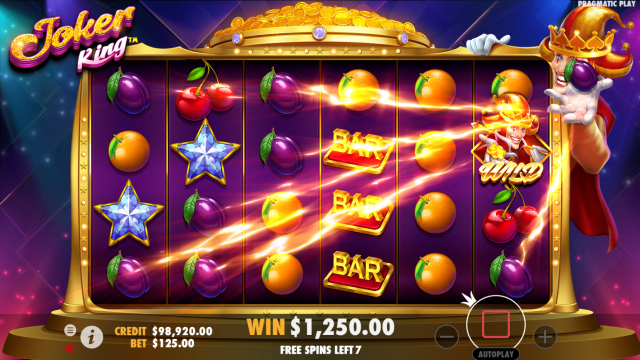 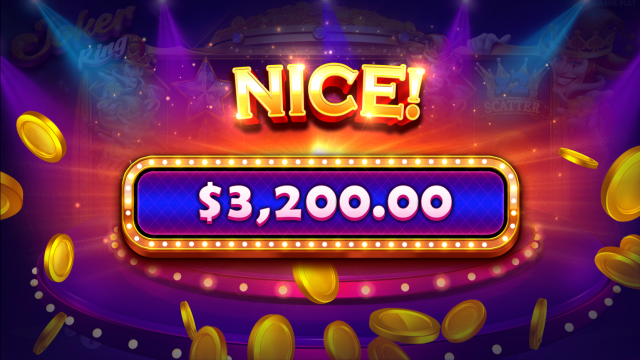 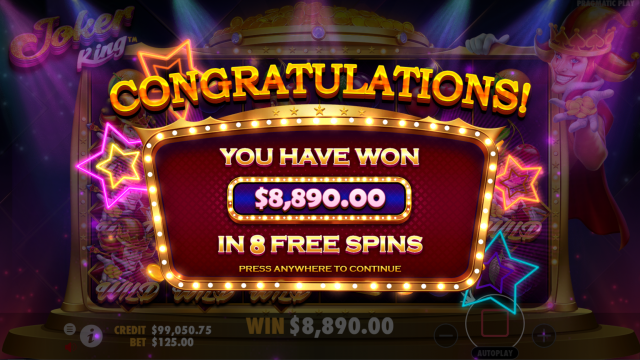