The beautiful princess collects all fish money symbols during the Free Spins Feature, while the gold coins land prizes of up to 20x the bet in Floating Dragon Hold and Spin™, the 3×5 videoslot with 10 paylines. The Diamond Money Symbol outshines all others with prizes of up to 5000x the bet available in the Hold & Spins round. Scoop up all fish money symbols in the Free Spins feature with the princess’ help, and get ready for those big wins to hit!

Floating Dragon Hold and Spin is the latest videoslot with a Hold & Spin round that joins the Reel Kingdom slots in our portfolio. Even if it features the Diamond Money Symbol and the Respins bonus we already know from Hot to Burn Hold & Spin or Ultra Hold & Spin, the new online slot comes with Fish Money Symbols mechanism that plays a key role in the Free Spins.

The Floating Dragon Hold and Spin slot brings forward a 3×5 reel setup with 10 active paylines and a 96.71% RTP. The volatility is kept at a high level throughout the game, while the symbols pay from left to right on adjacent reels, starting from the first one on the left:

The Wild Symbol is a beautiful, mysterious Chinese princess looking over her shoulder. It appears on all reels during the Free Spins, replacing all the other symbols, except for the Scatter and the Coin ones.

The Scatter Symbol that looks like a Chinese Dragon probably represents the dragon in the title of this online slot. This colourful symbol lands on all reels and can trigger the bonus round.

The Money Symbols in this slot cover a wide range, from golden coins to fish. The first Money Symbol is the Coin. It lands only on the middle reel and takes a random value from 1x to 20x the total bet. The Coin Money Symbol goes hand in hand with the Diamond that can appear on reels 1, 2, 4, and 5 during the Hold & Spin Round. The Diamond Symbol also holds bigger values than the Coin: between 100x to 4993x the bet.

The third Money Symbol is the one represented by four fish. Although this symbol is part of the standard paytable, it also acts as a Money Symbol carrying a random money value in the Free Spins.

The Floating Dragon Hold and Spin slot features a Hold & Spin round popular amongst Reel Kingdom titles, and a Free Spins mode with a retrigger system that awards more Free Games as you gather Wild Symbols.

This round can be activated with three Coin Money Symbols on the middle reel. The coins that triggered the Respins stay in place, while the others are being replaced with golden diamonds. The round starts with three Respins, with each Money Symbol that hits resetting the number back to three. After every spin, all values present on the reels are added to the total win of the feature.

The Coins play a crucial part in this round, but it’s the Diamond Symbol that shines the brightest. This symbol land on all reels, but the middle one, carrying multipliers of up to 4993x the stake.

The Hold & Spin Feature holds one more surprise: a minimum guaranteed win. If you did not reach the 20x total bet amount during the awarded Respins, the game adds three extra Respins.

At the end of the round, the total amount won is collected and awarded.

You can activate this round with at least three Scatter Symbols on the screen. Depending on the number of Money Symbols that triggered the feature, you can play 10, 15, or 20 Free Games for 3, 4, or 5 Scatters. During this round, the princess symbol has a special ability: it can collect the values of all Fish Symbols on the screen.

Similar to the mechanism in Big Bass Bonanza, if there is at least one Wild on the grid, Fish Symbols can appear in random positions.

Fit for both high rollers and low rollers, this online slot allows bets between €0.10 and €250. Bets can be placed on all 10 available paylines, with the player having the option to change the number of coins per line and the coin’s value. This way, you can place up to 10 coins per line, while the coin’s denomination can go as high as €2.50.

The maximum win available in this videoslot is 5,000x the bet. This amount can be reached in the base game or during the Free Spins. If you manage to hit this multiplier in the Free Games, the win is awarded, and the remaining Free Spins are forfeited.

Although the Asian theme is noticeable due to its dragons and Asian princesses symbols, what makes this online slot stand out is its light vibe. The spectacular blossomed trees surrounding the semitransparent grid filled with kite symbols give the entire landscape a floating sensation. However, the traditional Chinese soundtrack grounds the slot in the theme it represents.

The Floating Dragon Hold and Spin slot is a perfect pick for players who seek an entertaining experience in a Chinese atmosphere. The Wild collection system and the minimum guaranteed win in the Free Spins add a new dimension to the gameplay, making it more exciting and entertaining. With three types of Money Symbols that can appear in the Respins and during the Free Spins Feature, this online slot will have you chasing kites for winnings of up to 5,000x the bet!

Play Floating Dragon Hold and Spin as a tournament on Social Tournaments, an online platform that hosts slots tournaments with pool prizes of up to 6,000! Check out their various slots types and collect points to rank high on the Leaderboard. 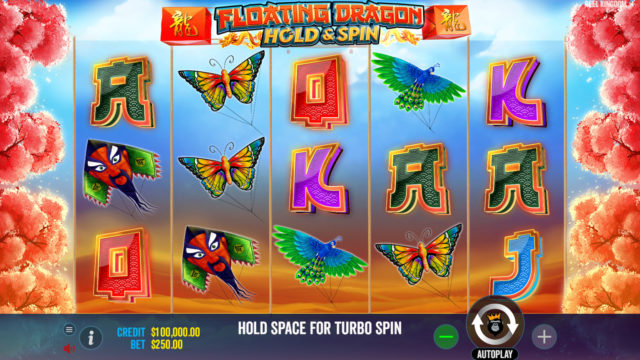 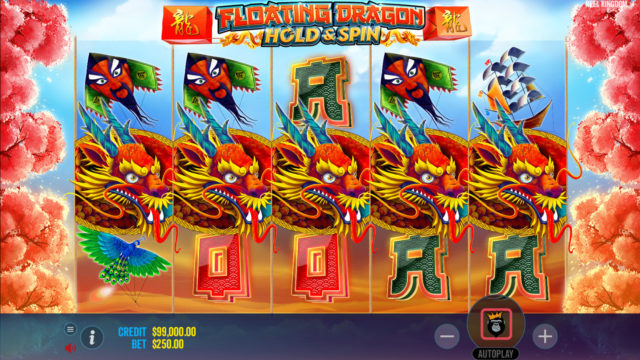 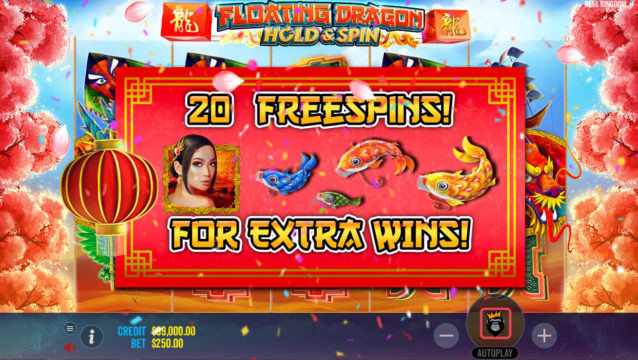 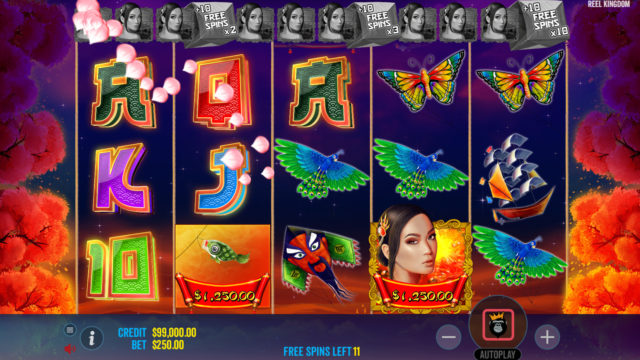 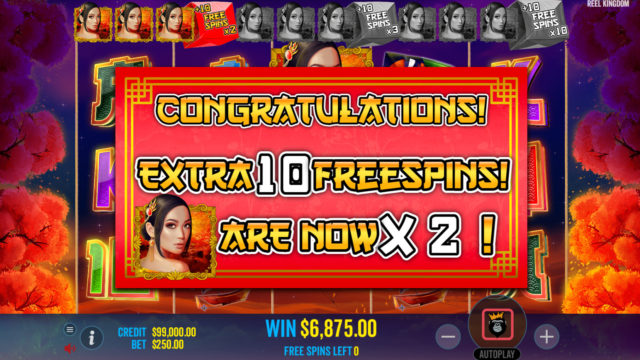 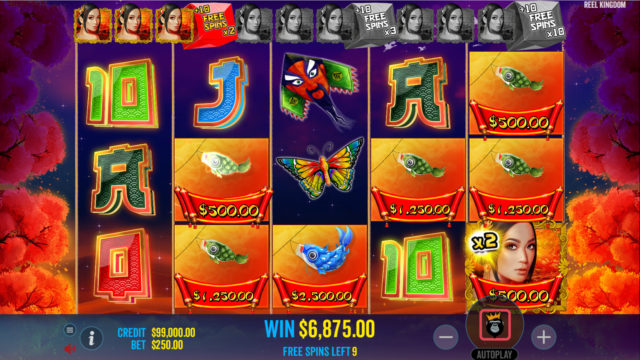 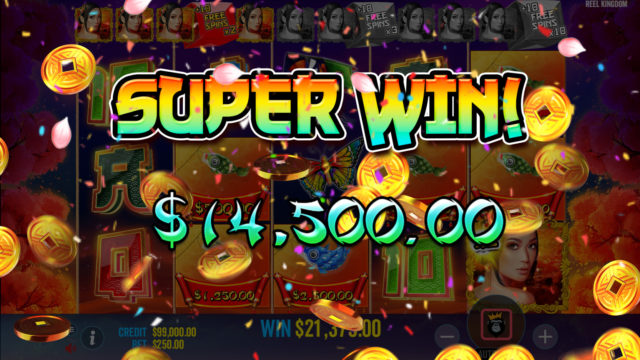 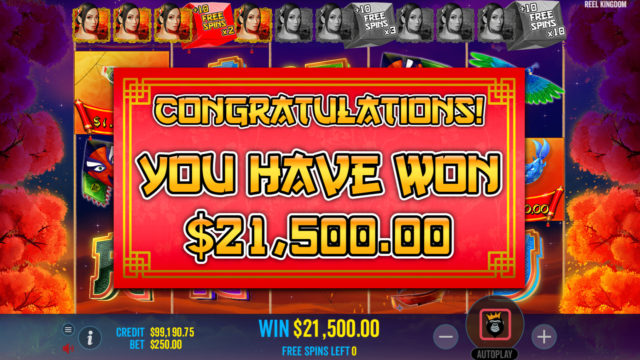 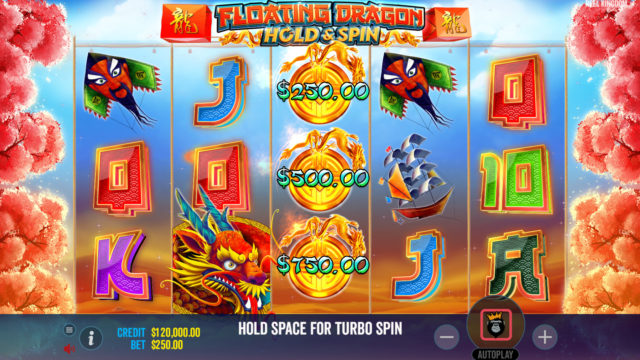 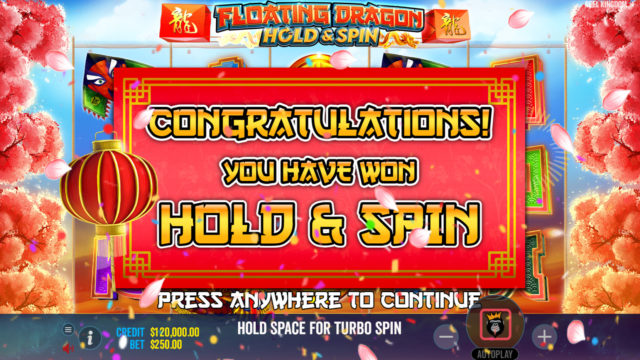 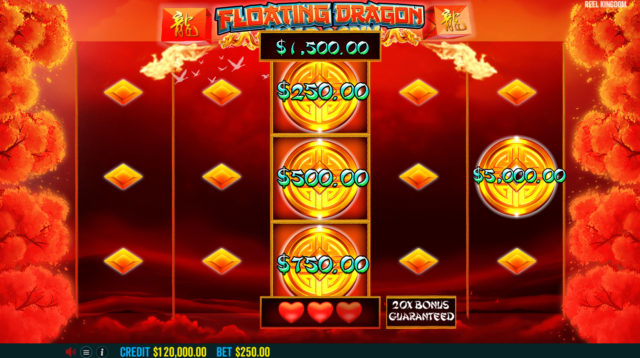 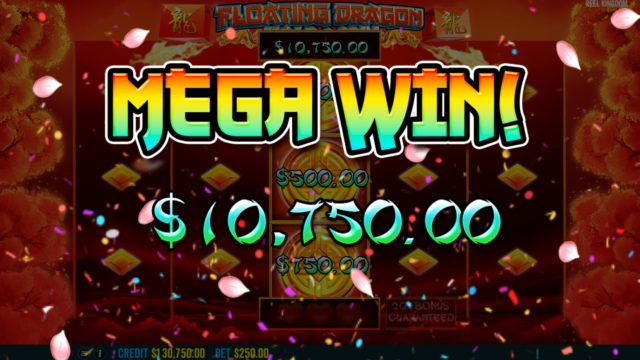